Venus as a symbol of western civilization 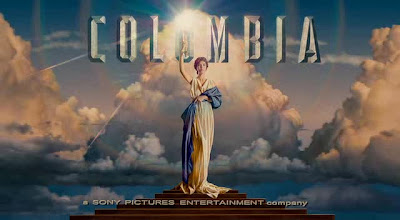 Two esoteric researchers I've really been enjoying, and who directly influenced the naming of Agents of Venus, are Freeman and Henrik Palmgren.  The former is the son of a freemasonic grandmaster who went on to do some heavy research into the history of the masonic order in America and the occult meanings of their writings, corporate symbols, and government systems.  The latter is a Swedish researcher who has created an amazing website, Red Ice Creations, that carries on the important conversation of understanding the occult symbolism in European and western culture and the European Union.  Sometimes you might find Henrik interviewing Freeman on his site.  Both researchers explore conspiracy, spirituality and gnosticism, lost mythological history, extra terrestrials, world power systems, religion, cutting edge science, and lots of other goodies your not supposed to discuss in polite company.   If you have an hour and a half, I would recommend you check out these two films that explain Venus' relation to the power structures in western civilization.   Its certainly worth your time to attempt to understand what your governments believe in.  Did you know that Venus is the goddess of America and the European Union?  Is she the goddess Columbia?  Is she the goddess Europa?  If you live in these civilizations, and serve their political and economic systems, doesn't that make you an Agent of Venus?


You'll notice after watching both videos that Henrik and Freeman both draw the connection between the planet Venus and Lucifer, both being known as the "morning star" in popular culture and historical writing. This connection starts to introduce a darker side to the Venus mythology, one I have been working up my courage to explore in this blog at some point. Today I found an excellent article at Red Ice Creations that makes the connection between the planet Venus' movement around the sun, Lucifer, the Roman blacksmith god Vulcan (the Volcano God), extra terrestrial contact, Princess Di and Michael Jackson, Vulcans from Star Trek, Arthur C Clark, the Vatican, the Mayans,  and the world cataclysms we've been seeing, especially the recent volcano eruptions. Please go here to check it out. I'm not familiar with the website this info is from, but the pulled back perspective, the large overhead mapping, the grand level of connections these guys are making are certainly worth a glance.
Posted by agentsofvenus@gmail.com at 5:08 PM