the significance of Venus in 2012 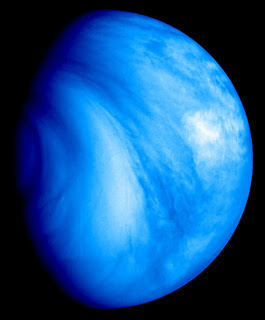 Welcome back to the Agents of Venus blog. In an effort to kick start the project since our record release show about a month ago, I (Phil aka Zuben) will start posting things of significance either to the band or to Venus herself in hopes that it will generate some momentum. I have been having a bit of a hard time pulling it together financially since finishing the album, so I've been focusing more on that than on keeping this blog alive, but there have been some developments I want to report on in the coming days that involve our band, as well as some significant things I've discovered that involve both our world and Venus, and I wanted this blog to be big and small, so to speak, taking on a larger perspective of the significance of Venus to our world and hopefully finding 'smaller' connections to the themes of the AoV project. My objective lyrically was to be 'large and small' simultaneously, so I always wanted this blog to reflect that.

Once the name 'Agents of Venus' was selected for the band (literally as I was finishing the album cover - 7 years creating music under no name, and then in the final hours of production, the name sort of coagulated out of nothing - this is how the universe truly works - things are provided when they are needed and the quester is ready for the answers, and not before), I found that there was so much to talk about that choosing "Agents of Venus" as the name for this band was almost overwhelming. It was like I had opened a door I didn't even know was there and it led to an entirely knew wing to my own house, if that makes any sense. Hopefully this blog will help explore that entire new 'wing,' and together we can get to know the significance of this idea of what it means to be an "agent of love" together. I encourage your responses to any thing you might read on this blog, in hopes that it add more and more facets to this concept over the coming years. With all that in mind (and because my sister wanted to see this video):

There has been a lecture series event about the significance of extra terrestrials going on over the past couple years called Alien Event. You can go here to read up on it. I thought this video in particular was significant to a band calling itself Agents of Venus, as Sean David Morton talks about the significance of a Venus transit across the Sun in relation to Earth in June, 2012.   According to Morton, the Mayans say this is the return of the divine feminine, the restoration of the quantum spiritual side of the brain, the twin flame of Quetzoquatl, the arrival of a female messiah.  He does a real nice job of making things seem clear, so I thought I'd just introduce the idea here and let him do the talking. Enjoy:


ALIENEVENT Sean David Morton The Prophecy Of 2012 The Road To Tomorrow And Beyond LOS ANGELES, NOV 14, 2009 from Saeed David Farman on Vimeo.
PS -- I've mailed out a significant # of albums to the honorary agents who donated to our Boduvt fund, and I'm keen to hear anyone's take on the album. If you have something to say about our record, please drop me a line at agentsofvenus@gmail.com.
Posted by agentsofvenus@gmail.com at 6:30 PM